“Georg Jensen Damask contacted me when they were commissioned to design and weave an exclusive gift for Her Majesty Queen Silvia of Sweden on the occasion of her 60th birthday in 2003. I made various sketches for a total of three table cloths:  Easter, Christmas and All Year Round, and these were presented to the Queen to give her the opportunity to express her opinions and wishes.

Some weeks later together with Georg Jensen Damask I went to Stockholm, where Her Majesty agreed the final drafts.

It was an enormously exciting task to work with the Queen and also a great pleasure.   I was therefore very excited when I had the opportunity to repeat the experience of working with the Queen when I was asked to design a King’s tablecloth on the occasion of His Majesty King Gustav XVI of Sweden’s 60th birthday in 2006 and the World Scout Foundation Jubilee in 2007.” 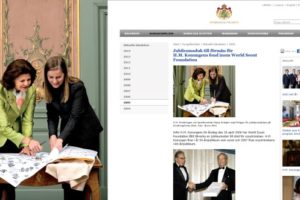 Diana Holstein: “Georg Jensen Damask contacted me when they were commissioned to design and weave an exclusive gift for Her Majesty Queen Silvia of Sweden on the occasion of her 60th birthday in 2003…” 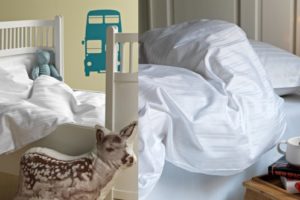 Diana Holstein: “As a designer, I have long kept an eye on Georg Jensen Damask – a firm with products of the very highest quality and fine design traditions. When the company came under new management in 2003, the time was right for another dream to come true for me…” 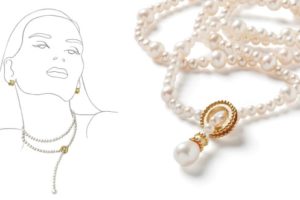 Diana Holstein: “Back in 1994, I presented a gold and pearl design series to Georg Jensen and on my return from New York in 1999 we began to develop it as an exclusive pearl collection for the Georg Jensen…” 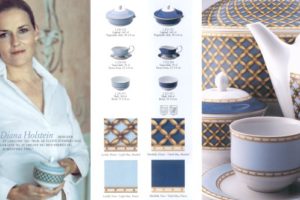 Diana Holstein: “I began working with Royal Copenhagen in 1994 when I was asked to conceive a new design for an existing classic in their crockery range. I worked with their development department to produce a range of colour schemes…”

Diana Holstein: “I had long admired another American icon, Ralph Lauren, for his way of working with classic and modern style concepts in fashion. When a close friend started working for him in 1995, she opened my eyes to his Home Collection…”

Diana Holstein: “The dream of America started in 1996, when I went to New York in pursuit of work (and a work permit). I contacted the companies I had heard of and top of the list was Tiffany & Co on Fifth Avenue – a true New York and American icon…”